Success comes to us in many ways. Often our first aim is financial success, as without it we wouldn’t survive as entrepreneurs. But there are other kinds of successes that are less tangible but equally, or perhaps even more, important. As we progress in our entrepreneurial journeys, we should keep an eye out on how we are doing on all these fronts.

Take Dong Nguyen, for example, the Vietnamese developer of Flappy Bird. The media frenzy surrounding the Flappy Bird saga has died down, giving us an opportunity to reflect back with a critical eye on the rapid rise, and the abrupt and intentional fall, of this incredibly successful mobile game.

Nguyen was raking in $50,000 a day in ad revenue from Flappy Bird. He didn’t agree with the suggestions to charge for the game and drop the in-game ads because he thought he couldn’t charge people “for such a simple game.” When users tweeted about how addicted they were to the game, he encouraged them to take a break. He didn’t want to be in the media limelight either.

Press people are overrating the success of my games. It is something I never want. Please give me peace.

When Nguyen announced that he was pulling out Flappybird from Apple and Google, many thought it was just a publicity stunt; that he would ‘change his mind’ at the last moment. He didn’t. Apparently he had had enough.

I can call 'Flappy Bird' is a success of mine. But it also ruins my simple life. So now I hate it.

Some people thought that the decision was a result of Nguyen using bots to boost app rankings in Apple App Store and Google Play and having to pay the consequences. There was no conclusive evidence on this, and Nguyen denied the accusations. We also know that Nintendo didn’t have a problem with the perceived “rip-off” of Mario art, so there was no legal threat either.

Several weeks Flappy Bird was taken down, the Rolling Stone magazine published a rare interview with this illusive entrepreneur, and this paragraph stood out:

[Nguyen] hands me his iPhone so that I can scroll through some messages he’s saved. One is from a woman chastising him for “distracting the children of the world.” Another laments that “13 kids at my school broke their phones because of your game, and they still play it cause it’s addicting like crack.” Nguyen tells me of e-mails from workers who had lost their jobs, a mother who had stopped talking to her kids. “At first I thought they were just joking,” he says, “but I realize they really hurt themselves.” Nguyen – who says he botched tests in high school because he was playing too much Counter-Strike – genuinely took them to heart.

Through the few interactions he had with media, and from his numerous tweets, I see in Nguyen a game developer with a genuine concern for the well-being of his users. He is a true hacker, a man who didn’t restrict his measure of success to money. He was satisfied with his peaceful, simple life, which he valued more than $50K a day. In other words, Dong Nguyen was an ethical entrepreneur who upheld his values even in the face of ‘catastrophic success’.

Many will wonder why he didn’t allow the game to continue for as long as possible and simply let the advertising money flow in and make him fabulously wealthy. But Nguyen’s decision should be applauded as a demonstration of the fact that one person can exhibit the conscience and morality that is all-too-lacking among the behemoth companies whose only motivation is profit.

While I found Nguyen’s thinking delightfully refreshing, what was even more interesting to observe was the difficulty many people had in accepting his explanations. Apparently there _had_ to be some undisclosed reason, beyond what was explicitly said by Nguyen. It was as if an income of $50K a day was so obviously above the price of a man’s values that Nguyen _had_ to be lying.

Perhaps I’m wrong, perhaps Dong Nguyen did hide behind bogus reasons of ethics and morality while the true cause of death of Flappybird was not so beautiful. I guess we’ll never know for sure. Yet, I feel sorry for those who are unable to imagine the kind of entrepreneur that emerges from Nguyen’s tweets if we take them at face value. They are probably the kind of people who would also have trouble understanding Arunachalam Muruganantham.

Muruganantham, the “Indian sanitary pad revolutionary” is a brilliant inventor and entrepreneur. In his remarkable quest to build a more affordable sanitary pad for the women of his poor rural community, he suffered through an ordeal few of us would survive. He was utterly ridiculed, his wife left him, his mother renounced him, and his neighbours threatened to chain him upside down to a tree and ‘heal him’, so Muruganantham eventually had to leave his village as well.

Between the one extreme of single-mindedly chasing profits and the other of ignoring financial sustainability lies the path of the ethical entrepreneur.

Yet all through that, Muruganantham never lost sight of his goal. It took him five years of determined effort to come up with a solution, and the machine that he invented won the Indian National Innovation Award. His simple, low-cost machines for the production of cheap, clean pads have already helped thousands of women to replace the dirty rags, sawdust, leaves, and ash they were using to absorb their menstrual flow. By partnering with women’s self-help groups, he has also created job opportunities for thousands of women, many of them in India’s poorest areas. His next plan is to expand to other countries, like Kenya, Nigeria, the Philippines, and Bangladesh.

Muruganantham’s journey from 14-year old school dropout from a poor family to successful entrepreneur is fascinating, but what is even more interesting is what he did with that success. In this moving talk, Muruganantham shares his thinking on how he sees everyone in the world simply as people who are trying to survive, each in their own way, some poor, some rich, but inevitably limited to their own little worlds, bound to die eventually.

The problem is, if you want to brush your teeth, a nylon brush is sufficient. What happened in the mind, once you go further in your life, you need a gold plated and diamond ring on this toothbrush. This is the stupidness that happens around the globe. So I don’t want to do business like this, only profit, profit, profit.

Murugananthan has refused to sell out his invention to the corporate world. His mission is to create a million job opportunities for the rural women of India, and to increase the sanitary pad use in his country, currently at 7%, to a 100%. While working towards this goal, he has accumulated enough money and a great deal of happiness.

Vesess doesn’t yet make $50K a day like Nguyen, and I’m afraid our cause is not nearly as noble as Murugananthan’s, but I see similar values in the small group of people I work with every day. As I wrote elsewhere:

An island mentality and Buddhist undertones in culture have made Sri Lankans a rather unmaterialistic lot in general. There are outliers, especially given increased Westernisation, but a notion of ‘satisfactory living’ is still clearly noticeable. Visitors from more driven and competitive places find this both irritating and inspiring.

In fact, there are two Sanskrit words that have embedded themselves in the Sinhala language that perfectly encapsulate this attitude: alpecchatā (having few desires) and saṃtuṣṭitā (being easily satisfied). However, it would be a mistake to interpret this as extolling poverty. It is a “middle way” that these words refer to, a commonly used concept in the Sri Lankan rhetoric and a core tenet of Buddhism. Between the one extreme of single-mindedly chasing profits and the other of ignoring financial sustainability lies the path of the ethical entrepreneur, a middle way characterised by a concern “for the benefit of many, for the happiness of many” (bahujana hitāya bahujana sukhāya).

These are not exclusively Asian ideas, and you don’t have to be a Buddhist to share these values. Craig Newmark built a huge business (and one of the most popular sites on the Internet) based on strong ideals of “trying to maximize social good rather than revenues or profits.” In the words of Jim Buckmaster, current CEO of Craigslist:

We run the business the way we want to run it. We have lifestyles we are satisfied with. We find this very enjoyable and fulfilling. [ . . . ] I’m not averse to riches or profit, but not at the expense of the user. We could raise more revenue, but I don’t see any of us pocketing it. It would sit with the rest of the money in the bank unspent.

In a corporate world pervaded by an incessant drive to maximise profits, it is refreshing to see individual entrepreneurs and small businesses make use of their exceptional capacity to put ethics before money. People like Dong Nguyen, Arunachalam Muruganantham and Craig Newmark, each treading the middle path in their own way, have shown us how accumulating profits and spreading happiness can go hand in hand. 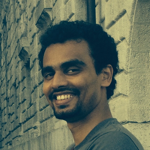