Home » Blog » Entrepreneurship » Ethics and a Successful Small Business: Can You Have Both?

Ethics and a Successful Small Business: Can You Have Both?

When it comes to business, there are people who will tell you it’s far better to be a sinner than a saint; that to succeed, you have to trample on others, knife them in the back even – just do whatever it takes to succeed. It is a different generation, the saying goes.

As a small business, sometimes it feels as if this is the only way forward – after all, a giant business like Google has the luxury of deciding it will ‘do no harm’, right? Small businesses have to be practical and pragmatic, don’t they?

They do indeed, but that doesn’t mean you have to abandon your principles and do business unethically. Below we cover six compelling reasons why ethics are important and why you need them. But before that, let’s take a look at the sort of issues you might encounter – some of which might surprise you.

What Ethical Issues Do You Face?

There could be more issues than you imagine – apart from major challenges that most people will think of in this context such as financial integrity, compliance with legislation, selling dodgy products and downright lying, there are a host of other possible grey areas.

Small business ethics extend to areas such as equal opportunities for all, a respectful workplace, compliance with employment and dismissal regulations, transparency in dealings with employees and clients, and openness regarding conflicts of interest.

CIMA has a useful briefing paper for small businesses – this highlights other ethical questions that might arise – for example:

Ethics are a Big Issue

In today’s hyper-connected society, ethics are an issue as never before. It’s much easier for anyone with a basic knowledge of the internet to check your claims and background, and terribly easy for them to broadcast the truth if you’re caught in a lie or misdeed.

You’d have to have been hiding away in a remote Alaskan lighthouse with no connection to the outside world not to have seen the recent global coverage of corporate wrongdoing – everything from banking scandals to food bug problems and major environmental pollution.

While it may be the big names that are getting shamed in a big way, there’s no question that a small local business can have a major local impact, and local or national papers (depending on the size of the issue) can do a great deal of damage to your reputation. And the court of popular opinion being what it is, there’s little doubt that would happen.

There’s also the fact that if you start off down the wrong track, the problems you’re creating for yourself tend to multiply. Like good behaviour, decisions that amount to bad behaviour often start small.

It happens because if you make a decision to cover up or lie about one thing, it becomes difficult to back out of that situation without losing face – which means both business owners and workers need to be constantly vigilant for this kind of trap.

It may not even be that you’ve made a conscious decision to do wrong, just a series of small, hasty judgments that gradually take you off course. But eventually wrongdoing becomes so big, or so complicated, that almost inevitably it falls apart.

Customers Expect a Code of Ethics

However you may feel about ethics, customers expect to be treated fairly and well – some major companies will put this up front when dealing with suppliers, in that they expect their supply chain to engage with their ethical code before they come on board.

Even at an individual level, ethics matter. A study by 23red found that 91% of consumers say brand behaviour is an influencing factor when they make purchases. It goes without saying that you can’t afford to alienate so many of your customers.

Being ethical can even give you a competitive advantage – research by Ethisphere shows that companies with strong ethical principles also have higher profit margins, which ties in nicely with the above study’s findings. Consumers are putting their money where their principles are.

Ethics have to be followed from the start and pursued vigorously across your business, otherwise you will find yourself chasing problems down.

A carefully built reputation is founded on customers’ perceptions of you as ‘good people to deal with’, beliefs that depend on your reliability, product or service quality, fairness, openness, integrity and honesty.

A great online article by CuttingEdgePR points out that the benefits of a good reputation include:

You Could be Breaking the Law

Sometimes ethics mean more than just integrity – if you indulge in malpractice with your financial dealings or pollute the environment, for example, you could find yourself facing criminal charges, or at the very least a substantial fine.

Such serious outcomes can be fatal for a small business; even giant corporations like BP and Exxon paid colossal prices and endured long-lasting damage to their reputations. US energy giant Enron was bankrupted by its financial scandal, which proves that no-one is too big or immune to being taken down by their misdeeds.

Unethical Small Business Owners Will Be Found Out

Related to the above – remember that sooner or later, as the saying goes, the chickens could come home to roost. Deceptions can come unstuck, and the later you’re caught, the more serious the situation will be.

I’m not saying people are always found out, but it happens enough to be a sobering tale when it does. Take the example of WorldCom in the US – an employee, Betty Vinson, who started down the slippery slope of helping management with an accounting fraud ended up doing time.

Even if your ethical issues aren’t on this sort of scale, if someone realises you’re doing wrong and goes public, the implications for your company will be dire.

Some of the above examples may seem extreme – you might say ‘but I’d never do anything like that!’ Nevertheless, the chances are that on a smaller scale you’ll be tempted to do something that you know, on a personal level, is wrong.

So how can you make sure you keep to the ethical standards you’d like to achieve?

The message is that customer trust is vital for small businesses. General consumer trust levels are at an all-time low, so you need to do all you can to ensure you don’t lose it. 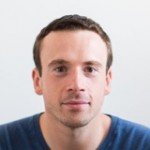