How to Plan Your Income and Expenditure in 5 Easy Steps

It’s not just the Micawber family that need to take heed of these wise words: budgeting is critical for a small business. It can be (and often is) the difference between success and failure.

Nevertheless, budgeting feels like a sideline for a small organization – with so much else to do already, it’s difficult to add an extra discipline! But it’s a discipline you definitely cannot survive without.

In this post, we delve into five easy steps to make sure your business stays on a sound financial footing. Let’s have a look!

1. Work Out the Details

To set a budget, firstly you need to know both your income and expenditure in detail. It’s no good apportioning expenses with no idea of where the money’s really going to go, or having only a vague idea of what money is coming in.

You need to know the amounts coming in, and to whom any payments will be made. To do this, track everything you spend over the course of several months. This means collecting together your bank and credit card statements, and keeping track of any additional payments in cash as they’re made. Incidentally, Hiveage is a really great tool for tracking invoices and payments!

Don’t forget to include all expenses, rather than just broad-brush categories – for example, Supplies would need to include minor items such as office stationery and other small but important elements. Likewise, car expenses would have to include all maintenance, gas, insurance, and tax outlays.</p.

For a business that might have irregular income and outgoings, being able to average these amounts over a year would be extremely useful. You can use Microsoft Excel or Google Sheets to create expense and income worksheets. Finally, Expensify is a handy way of transcribing paper receipts into a neat report.

It’s important to know what you’re actually making as profit (your net income), rather than just the headline figure (your gross income) coming in. To do this, you’ll need to work out your income as derived from the above exercise, then subtract your total expenditure. Don’t forget to include expenses such as health insurance, any repayments on loans, rent or mortgage, etc.

Once you’ve compared your revenues to the expenses you’ve incurred, you’ll have an income statement. Of course, this is backward-looking – it only tells you how much you’ve earned in the past, not how much the business will earn in the future.

But what it will do, most importantly, is tell you whether your business is making a profit or loss – if the latter, you’ll have to revisit your expenses and work out which ones to reduce to get back on an even keel. To do this, figure out what your non-essential costs are, then see where you can trim back to get yourself back in the black.

Next, you need to project your gross income and expenditure figures forward to get an idea of future income. You will have to base the criteria on your existing information, factoring it up by using tools such as the annual current and predicted inflation and interest rates as guides.

Set adequate yet realistic targets based on your capacity, costs of supplies, and expansion plans. You’ll have to include any predicted investments such as marketing budgets, and investments in assets (printers, IT, office furniture, etc.).

Remember you have two types of costs – fixed and variable. The former – including rent, insurance, and utilities – are easy to predict, because they remain fairly steady on an annual basis.

Variable costs are more difficult to forecast – these are the irregular expenses, such as payments for materials, and even vehicles – which are an important, but not frequent, expense. It’s useful to take past variable costs and do some trend analysis to see how they have grown year on year.

Using a software that supports a non-spreadsheet format for expense budgeting is another option. Apps like Money Dashboard and PocketSmith will also automatically project future expenses from your current spending.

While it’s good to try and predict the future, it’s important to realise that predictions become less accurate the further forward in time you move, so you’ll have to revisit your budget regularly to keep it accurate.

Experts say that while the interval between budgets really depends on the size and nature of your business, it’s important to check regularly to determine if it needs to be adjusted. You’ll need to go through the above steps each time to make sure all of your figures are still correct, making adjustments as needed.

For a small business, a budget every three to six months is suggested as reasonable. Don’t forget that a budget is also a commitment, and represents a path to secure finances – so you must try to stick to it as closely as possible.

This leads to an important point – you have to be disciplined, and learn to get your spending under control, to make sure your finances are in good shape. This means using the budget as a way to rein in your expenditure, and as a commitment to paying your bills.

This means the end of impulse purchases, however attractive they may seem. If spending wasn’t planned into the budget and isn’t strictly necessary, it should be deferred until the next budget review.

Set yourself rewards to make this discipline more acceptable, such as a trip or a modest sum to spend on yourself if you hit your targets – likewise, introduce a penalty if your discipline ends up lacking.

For any small business, creating an accurate budget you can live within is the key to success. You don’t necessarily have to be an extreme penny-pincher either – just adopt some key steps in planning your budget. To get to this stage, you should:

**1. Work out the details of your income and expenditure.

What has been the biggest pain point in planning your own income and expenditure? Let us know in the comments section below! 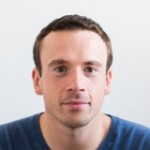