There are 10 million people in the United States who are self-employed, which is about 6.6 percent of all reported employment. That’s a lot of people working in their pajamas or at a coffee shop, doing something they love—and you would have to love what you do to give up paid sick days and an in-house IT department. But even among the wide variety of jobs that are done by freelancers, some are definitely more fun than others.

See also: when self employed, you will probably need an accountant. Read our tips on how to hire one.

If you’re thinking about going into business for yourself—or even if you’re not, but you’re just curious to know what’s out there—take a look at this list of 10 fun self-employed jobs. Keep in mind that the salaries quoted are averages, and not necessarily what you can expect to make in the first year.

What kid hasn’t spent hours and hours playing video games in their room instead of running around with friends out in the fresh air? While your parents may have admonished you for this back then, as an adult you could actually get paid for this. Playing games like League of Legends, Halo or Starcraft for a full-time living is possible (with practice and perseverance, of course) thanks to the popularity of eSports. The income earned in this job is often prize money and sponsorships from competitive gaming.

These artists provide the voice for many film narrations, television commercials, radio shows, and audiobooks. But with the rise of new technology has come many more opportunities, such as computer games, interactive CDs and DVDs, e-learning classes, podcasts, toys that “speak,” and iPhone and Android apps. While you may not become famous (unless you’re Susan C. Bennett, the voice of the iPhone’s virtual assistant Siri), you can make a steady living.

With sales of $1.08 billion in 2013 alone, romance is the top-selling book genre in the world. Though leader of the pack Danielle Steele is worth $610 million and newcomer E.L. James (Fifty Shades of Grey) has raked in $60 million from her novel and film deal, the statistics on the average novelist’s earnings is far below that. Still, even if you never become a millionaire, this self-employed job is easily one of the most fun ways to earn a living.

A chocolatier is someone who makes sweets from chocolate (not someone who makes chocolate from cacao beans). If you’re a chocolate lover, this could be a deliciously fun job—or a dangerous one, depending on your willpower! Keep in mind, though, that chocolatiers work very hard: they need specific skills, a hefty amount of creativity, and regularly put in long hours. Believe it or not, the chocolate biz is quite a competitive one, so you’ll need patience and persistence.

A mystery (or secret) shopper is someone who goes to a store, makes a purchase, and reports back to the company who hired you on the whole experience, from price to customer service. Market researchers, watchdog organizations, and the companies themselves use mystery shoppers to ascertain service, regulatory compliance, and information about products. For every store you go to, you are paid a specific amount (generally $5-20) and also reimbursed for the item you bought. You can sign up with as many companies as you want, and in this way can make some decent money doing what you love (and would be doing anyway), if you’re an avid shopper.

Event planners do just as their title suggests: organize and hold various events, both corporate and personal. It may be a business’ Christmas party, a conference, a charity event, or a book signing party. You can specialize in one type of event—like concerts or weddings—or one niche—like corporate or personal. You must be extremely organized, detail-oriented, and know how to get things done.

We all know that person who is the class clown, life of the party, or office entertainment. But do they truly have what it takes to be a stand-up comedian? As anyone who has braved open-mic night at the local comedy club will tell you: it’s not as easy as it looks. You must continuously write, memorize, and hone new material, practice at every “amateur night” you can find, and work a day job to keep from starving until you start getting paid. But if you love to make people laugh, this could be a great career for you.

To be a working magician, you don’t have to headline a grandiose show in Vegas. You can perform magic in a number of different places, like cruise ships, comedy clubs, trade shows, casinos, colleges, and private events like kids’ birthday parties. As with every other job on this list, it takes practice and tenacity. If you prefer Harry Houdini to Harry Styles, then being a magician may be your dream job. Check out the Academy of Magical Arts at the world-famous Magic Castle.

This seemingly simple job pays so well because it truly is a niche job. For starters, you must actually own a Ferrari to become a Ferrari driving instructor. You will also have to fork over $10,700 for the 2-day Ferrari Corso Pilota driving course in one of only two North American locations (Mont-Tremblant, Québec and Austin, Texas) taught by current and former professional racers.

To become a professional computer hacker (also known as an ethical hacker, white hat hacker, and penetration tester), you’ll need more than just a background in unethically hacking and a desire to go straight. Professional hackers are skilled IT technicians with a strong ability to think outside the box, solve seemingly unsolvable problems, and prevent malicious hackers from doing damage. Government agencies, banks, private companies, and the military all hire ethical hackers to ensure network security for themselves and their clients. To get a lucrative job, you’ll need to get certified and specialize in either hardware or software. 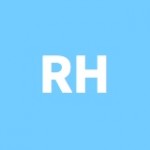